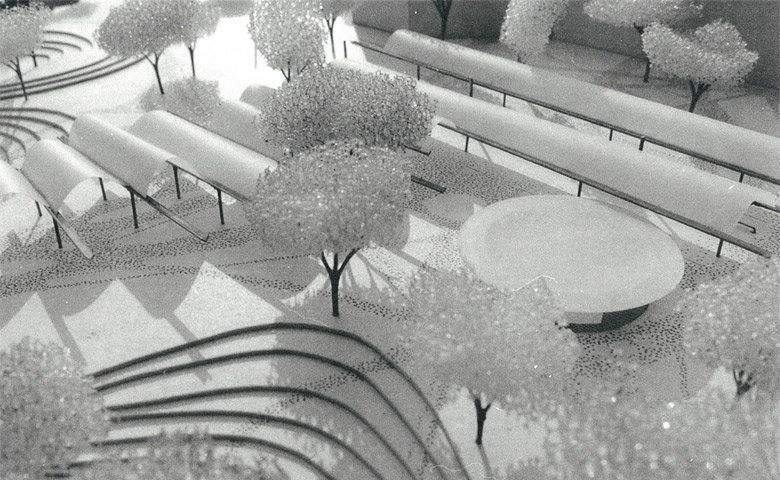 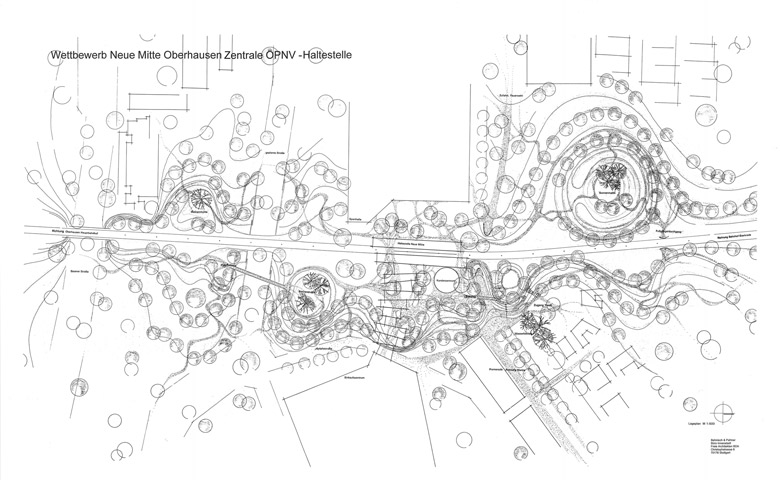 The design brief includes a subway and bus transfer station and a landscape design. The site is located on the periphery of Oberhausen – one of a group of cities which form Germany’s well-know Ruhrgebiet industrial area. Three developer projects – a sports complex, a shopping center and a leisure park – have been built and are to receive a common transportation link with Oberhausen’s city transit system.

The design is straightforward. The available and planned green spaces are bound together in one generous park which contributes a calm counterpoint to the large, commercial investor projects. A modest station serves as a focus for the green space but is not designed to compete with any surrounding structures. Its light construction and immateriality offer a transparency and lightness which help it to disappear in the park.

The central station offers a relaxed atmosphere, a situation from which the different attractions of the area and the park can be easily reached. To the shopping center one walks along a pergola-style weather canopy constructed from light steel and plexiglass sheets. The same construction is used for the waiting areas alongside the atation platforms. Function rooms are located in a pavilion beneath a large, round roof, similar to the park pavilion.

Sculptural earth forms exaggerate the artificiality of the site as one of landscape and not nature – a poignant remark on the history of the Ruhrgebeit and the site. Groves of trees produce areas of light and shadow which are interwoven with pedestrian and bicycle paths. Special trees are placed to mark locations where people might meet one another or where a nice view is available.