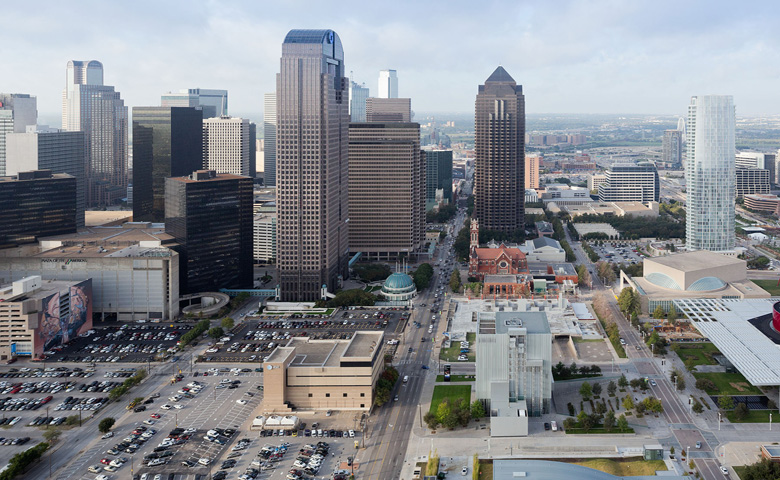 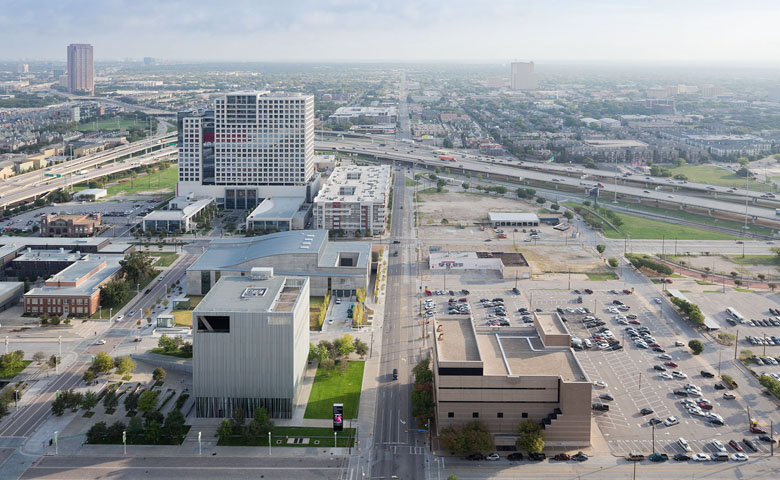 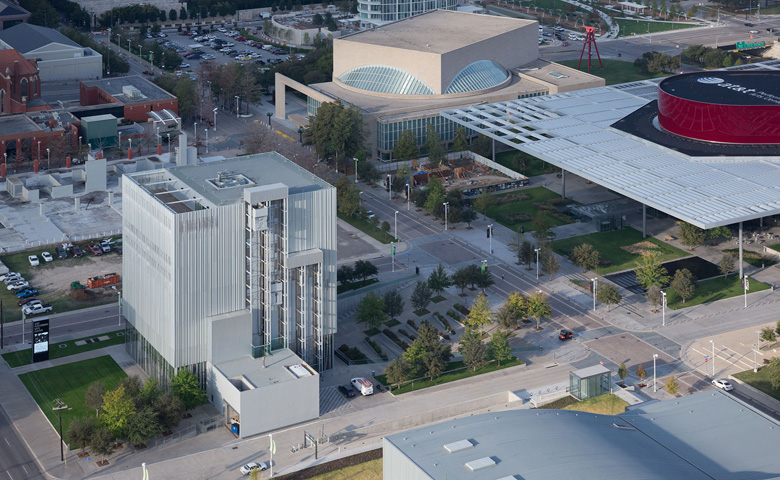 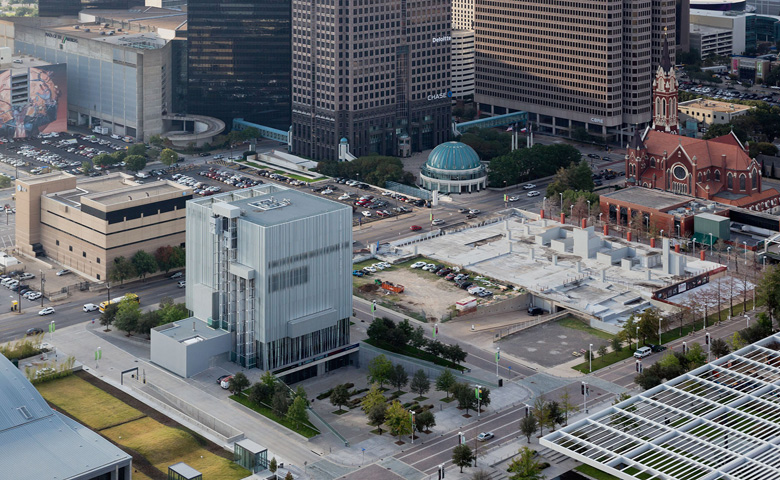 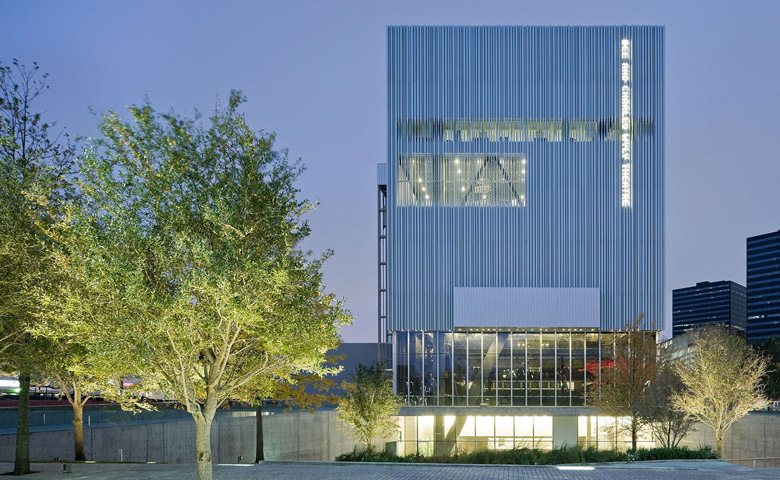 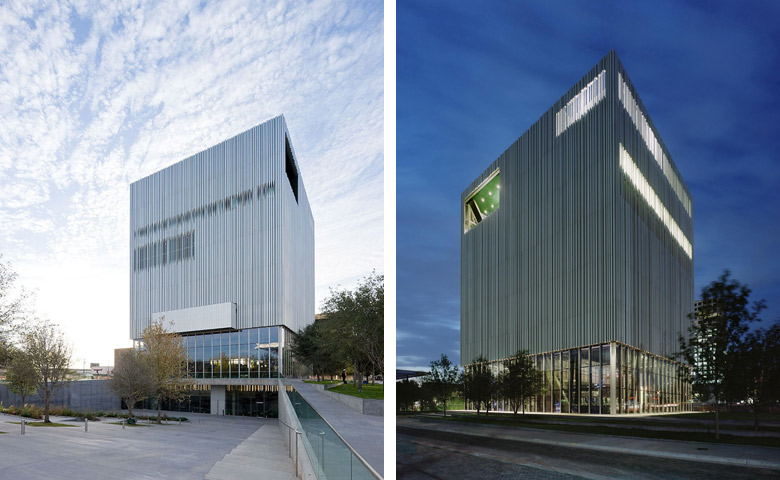 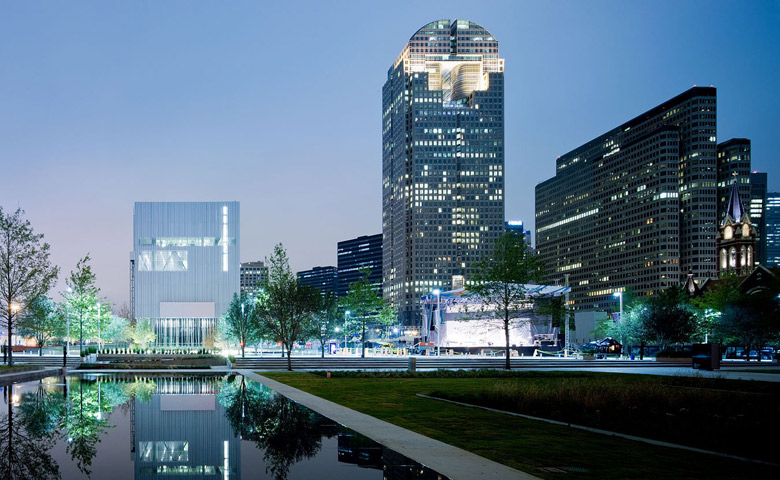 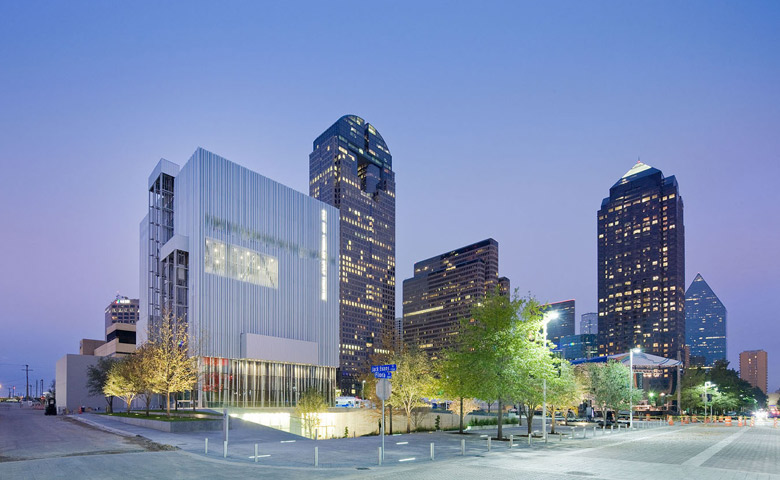 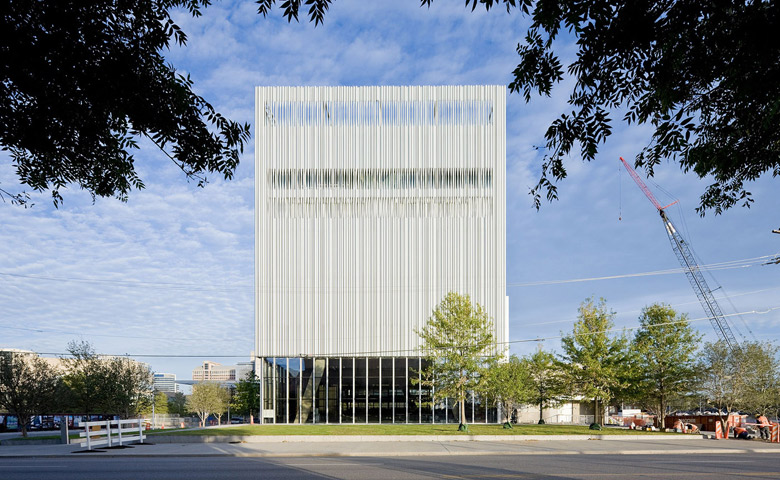 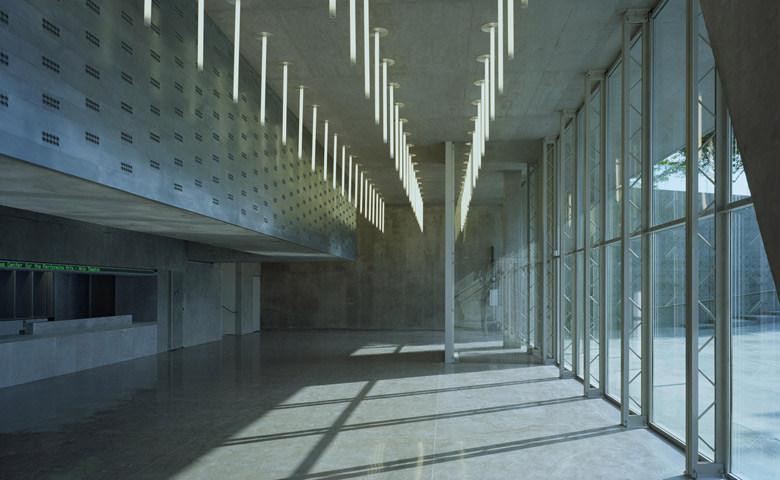 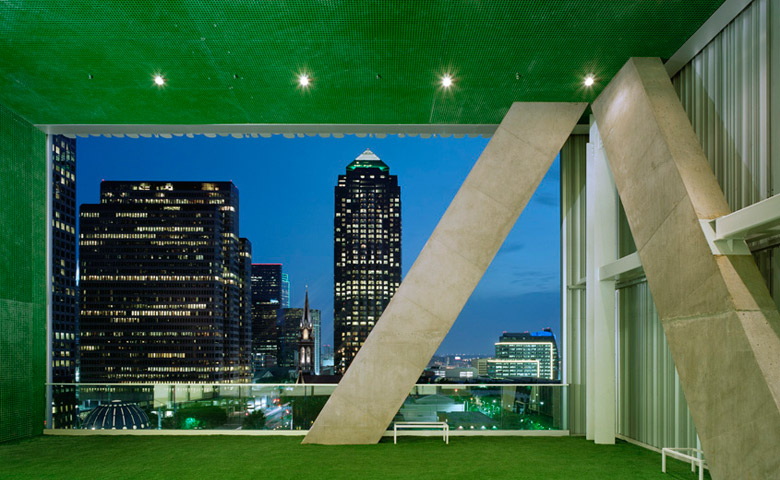 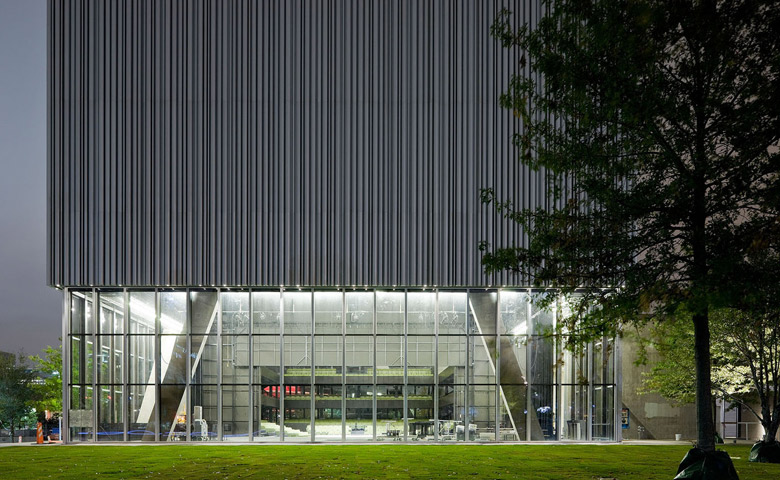 In a typical theater, the proliferation of front-of-house and back-of-house spaces threatens to strangle the auditorium itself, buffering the performance from the outside world. The compact, vertical orientation of the Dee and Charles Wyly Theatre, with its 12 stories, allows support spaces to be stacked above and beneath the auditorium rather than wrapped around it.

No longer shielded by transitional and technical areas — foyer, ticket counters, backstage facilities — this reimagining of the theatre typology exposes the auditorium to the city on all sides. On alternate nights, the Dallas Theatre Center, for whom the Wyly will be a new home, can perform Shakespeare in a hermetic container, or — opening the blackout blinds along the exterior glass walls — with the city of Dallas as a backdrop the next.

The stature and simplicity of the box form, together with the unique visibility of the activities within the theatre, gives the building prominence within the the ATT Performing Arts Center. The form also facilitates innovation of the theatrical mechanics: the conventional fly tower above the stage has been extended vertically (with program concentrated around it on multiple levels), and can pull up both scenery and seating. This allows artistic directors to rapidly change the venue into a wide array of configurations that push the limits of the “multi-form” theatre: proscenium, thrust, traverse, arena, studio, and flat floor — in which the seating, and the balconies, can be removed entirely. The stage and the floor of the auditorium are deliberately made of non-precious materials — the floor can be drilled, nailed into, and painted at will. In this way, together with the easily manipulated seating and stage configuration, the Wyly Theatre seeks to preserve and elaborate the flexible, improvisational nature of the Dallas Theatre Center’s original home.